Brighten up the dark and windy winter days with these quirky original vintage posters, from comfortable and dry shopping in town by Tube to good quality, stylish raincoats and healthy, warm Bovril drinks! If all else fails, book yourself a sunny holiday to Bermuda… Browse our website at www.antikbar.co.uk for more ideas and inspiration for a colourful and cheerful start to 2014 – “Happy New Year!” 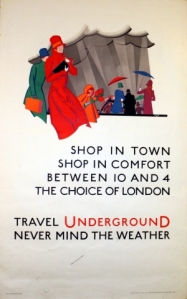 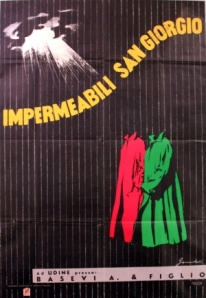 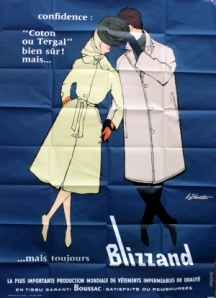 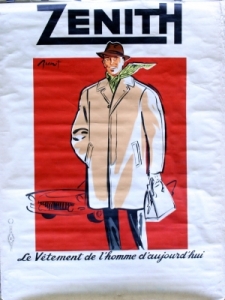 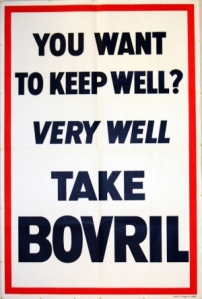 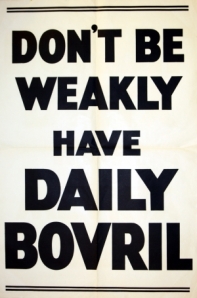 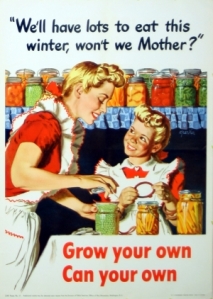 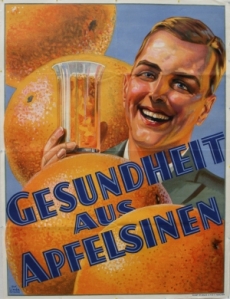 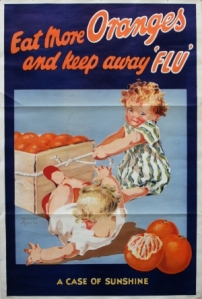 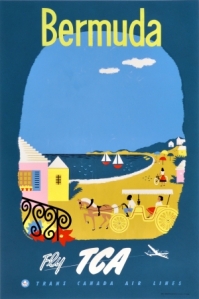 This post was first published on our Facebook page (links below). To browse our whole selection of original vintage posters, including our upcoming News & Events and Latest Products pages, please visit our website at www.AntikBar.co.uk. You can also follow us on:

David Klein and TWA: Travel Art of the Jet Age 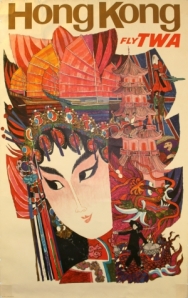 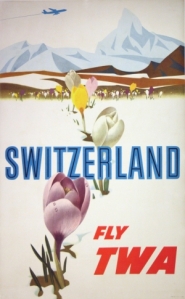 The 1950s and 1960s brought an exciting period of development to the commercial air travel industry offering a regular transatlantic jet service that soon overtook the same slow route by ship. 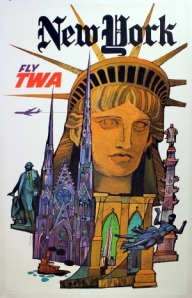 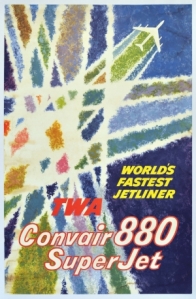 One of the two main flagship US airlines, TWA (Trans World Airlines), which was by then majority owned by wealthy American businessman, Howard Hughes, commissioned the illustrator and artist, David Klein, to produce a series of advertising posters.

David Klein (1918-2005) produced artwork and advertising posters for the US Army, Broadway theatres and Hollywood movies, earning himself a reputation as a formidable commercial artist. His move to creating travel posters in the 1950s and 1960s won him awards and worldwide recognition. These posters capture the allure of the period, further emphasised by films and dramas of the era – not least of all the acclaimed Mad Men series. 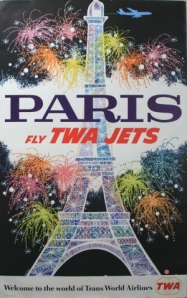 Klein’s iconic artwork for TWA defines travel art of the jet age and his posters have seen record-breaking results at auction: his New York Times Square poster in particular is regarded as “one of the greatest graphic depictions of Times Square” (Nicholas Lowry) and in 1957 a copy was added to the permanent collection at New York’s Museum of Modern Art (MoMA). In 2009 a copy of this celebrated Times Square poster sold at auction for $6,000 and, more recently, a first print sold for £6,250 in 2012 (a first print of Klein’s San Francisco poster sold for $5,700 in 2011). 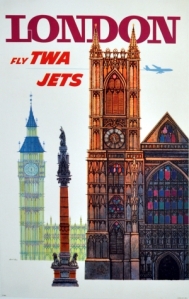 For more news & events and to browse our whole selection of original vintage travel and airline advertising posters, please visit our website at www.AntikBar.co.uk. You can also follow us on: